Going to use my break this morning to give you a quick update on Zeus….

The prednisone seems to be helping Zeus. He has had two 10 mg doses now and has hours when he seems totally normal, and the rest of the time he’s quiet and sleeping. He came in our bedroom this morning at 5:30 and meowed beside me, so I called him up to cuddle and he jumped right up on the bed.

He’s purring well and last night was almost clingy for awhile. He is drinking on his own, but I don’t think he’s eating.

Yesterday he took a small cat treat from each of us. He seems interested in food again, but I think it is almost like he doesn’t know how to eat it.

I was enticing him this morning with some tuna, but he wouldn’t eat it. Not out of the dish anyway. I then put a little piece in between my fingers and held it up to his nose, he licked it all over, and took it in his mouth to gum it a few times.

I then kept repeating and mashed some tuna up in my palm and he ate some! Probably no more than a spoon full of tuna, but he hasn’t eaten for a week. He’s definitely skinnier, and I can feel his spine and the skull bump on his head are more pronounced.

He has enough strength to jump up to his favourite napping spots. Jeff was working in the basement last night. We had been keeping the door closed so he didn’t go down into the cold and then get too weak to come back up, but there he was, purring and rubbing on Jeff in the basement like he didn’t have a big cancerous mass in his chest.

I gave him a good brushing last night and now his fur feels a little more normal. It was so greasy, yet full of dandruff after just 2 days at the vets.

I’m doing pretty well. Actually I seem to be doing much better than when my dogs were declining. I was upset (aka crying) at the vets, deciding on the best course of action, but since then I’ve just wanted to help him out.

He’s been a very loyal companion for 10 years and I now know how his story will end. Until then, I’ll give him the best care I can.

Here’s a post from the archives – the day I realized why fate brought Zeus into my life:
Hey, I finally figured out his purpose… 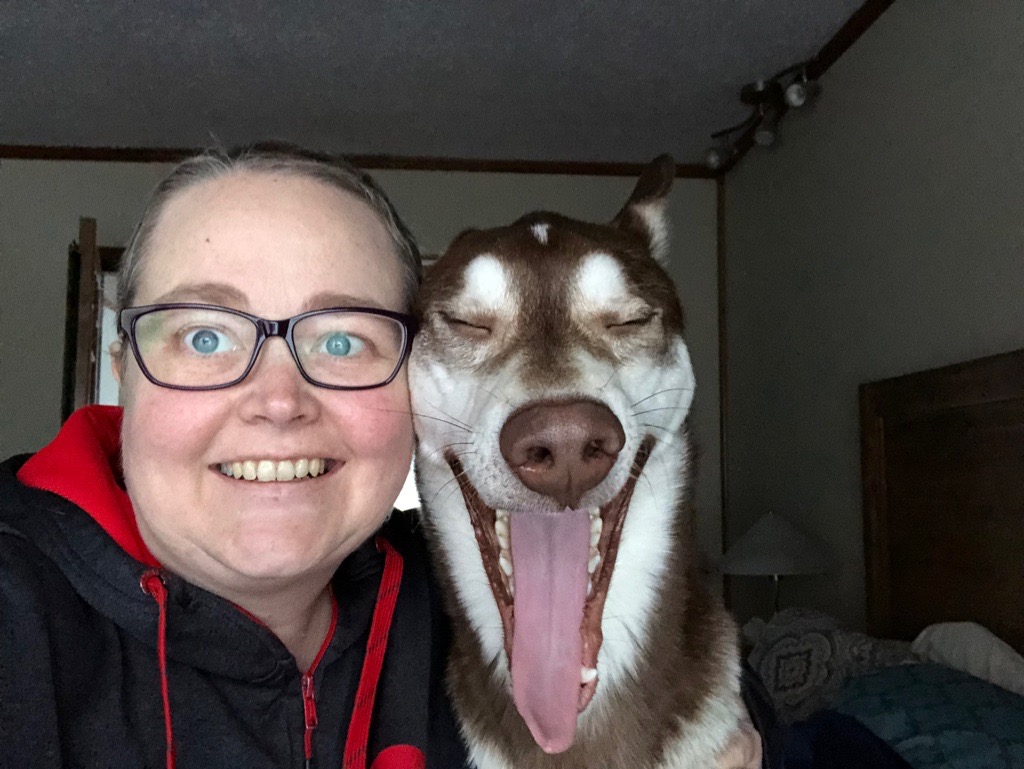