It was hard to leave our beloved Dawson City, but we knew we had so much more we wanted to see in our second week of our vacation.

We headed for the Alaska border. First step was to take the ferry in Dawson City across the Yukon River.

The ferry operates 24 hours a day, free of charge, while the river is thawed. In the winter, there is an ice road across. Our tour guide said she’d lost 3 vehicles in the river over the years! She said you get them all back and pulled out of the water, but it is really embarrassing!

The road from Dawson City to Chicken, Alaska is known as the Top of the World Highway. It is only open seasonally, and the border crossing is only open during the day.

Many people compare the Top of the World Highway to the Dempster, but there really wasn’t too much of a comparison. It is called the Top of the World highway because it follows the tops of the hills and peaks. A large portion of the road was under construction and the road was rough, but it wasn’t too bad. The scenery is nice, just no where near as spectacular as the Dempster.

As we got closer to Chicken, Alaska, the road got way worse. Not in a rough way, there were just way too many tight corners, narrow sections, and loose edges for me. I was really uneasy, a feeling I never had on the Dempster. My fear was warranted, as I saw the undercarriage of a bit motor coach like RV. It has obviously got sucked in by the loose shoulder gravel and tipped right over the edge and down the cliff, held up in the trees. I hope they were alright!

Chicken, Alaska was another place I always wanted to go. I read the novel that was based there after my Mom and Grandma stopped there on a bus tour and brought back all sorts of Chicken themed souvenirs. It did not disappoint!

Until recently, when a new gas station and RV park opened in Chicken, Chicken was without flush toilets, without electricity, without phone service, and without the internet! Yet still a dozen or so people choose to live there! 🙂

There really wasn’t too much to do in Chicken, so we saw the sights and decided against staying the night, because it was so early in the day, and we headed out.

We drove south and eventually hit the Alaskan highway and turned south east to head towards Haines Junction.

We crossed back into Canada before the little town of Beaver Creek, Yukon. It was a pretty sparse little place. We stopped at a motel to fill up at their gas pump and the guy seemed startled, almost like we were the first people he’d seen in a week 😉

We stopped at the Tourist Information Centre and the lady gave us a great typed up guide to the things to see on the next 200 or so kilometres of highway. You’ve gotta do this if you’re driving around or you’ll miss so much!

Further down the Alaskan Highway (yes, the Alaska Highway cuts through the Yukon!), we came to the White River. It is white with volcanic ash from a couple of volcanic eruptions near here 1200+ years ago. We saw many white rivers in the area, and also many rivers on our entire trip that were more river bed than water. I guess the spring run off is long over!

We stopped for the night at the Discovery Yukon Lodgings, a campground along the Alaskan Highway near White River. This was my favourite campground we stayed at, mostly because it has lots of cool old things, and it had one big fire pit for the entire campground to use, so we could socialize at night.

The original Alaskan highway went right through the property. Since, the highway has been redone, and straightened.

The Alaskan Highway was built in a panic of sorts in 1942 after Japan bombed Pearl Harbour. The U.S. wanted a land secure route to Alaska. Canada allowed the road to pass through the Yukon Territory, on the condition the U.S. paid for its construction, and that after it was constructed, the Canadian portion would be turned over to Canada.

Thousands of people, and hundreds of pieces of equipment set out to put the highway through. Lots of the equipment was left behind, or later retrieved after it suck into the mud. The campground had several old pieces of history!

One of these diggers still starts!

Look at this awesome 1942 Dodge WC62 truck. They had it restored and drive guests around the campground from time to time!

We joined some other campers at the campfire and met some folks from Australia, Missouri, Georgia, and England. The English couple started their venture in Nova Scotia a couple years ago and told us about their favourite place to get ice cream in Antigonish!

The Australian man was a fire fighter who was taking his family on an extended vacation through the western part of Canada and the US for a few months. He purchased a big RV to live in for the vacation. We had a great time talking with him, and learning about Australian things, like how wombats poop in a pile on ledges, like they want to show it off (we had been talking about how the grizzlies seem to shit on the road a lot).

The campground is owned by a lady from Ireland who stayed at the campground once and loved it so much she bought it and now lives in the Yukon! Some of the campers were staying there to work in exchange for free lodging.

The next day we continued on Haines Junction, where we were hoping to catch a sightseeing flight to see the glaciers on the Kluane mountain range.

The Alaskan highway seems to be under construction all the time. It was really bumpy, like big ups and downs, like portions of the road were getting sucked down into the permafrost.

Soon we saw how they got the chip and seal surface up! They just plowed it!

Thanks to the highway guide the lady at the tourist info centre gave us the day before, we knew were to turn off the highway to find the ruins of Silver City! Silver City was a mining town. There was roadhouse and even an RCMP detachment here!

We found all sorts of cabins in the wood on both sides of the old dirt road. Inside this one there were still cans on the shelves (and so many cans out in the woods behind).

This one was the old roadhouse I think:

I think this one must have been a barn, possibly a chicken coop. There were all sorts of pens with chicken wire, some with little doors between each.

This one has the stamp of the old White Pass & Yukon Route railway on it.

After exploring Silver City for a bit, we head on to Haines Junction to track down that flight to the glaciers.

Unfortunately, again, the cloud layer got really low just when we wanted a small plane flight, and the forecast for the next day didn’t look much better.

There wasn’t much to do in Haines Junction, so we decided to head back out on the highway and go south to Haines, Alaska.

We crossed back in to Alaska near Haines, and the sun came out!

We got a campsite for the van and went to the ferry terminal to book a trip to Skagway the next morning. There isn’t a road to Skagway, just an hour long ferry.

We ate some fish and chips for supper at a roadside stand in Haines and then parked the van for the night.

Stay tuned for my next post as we travel to Skagway, Alaska! 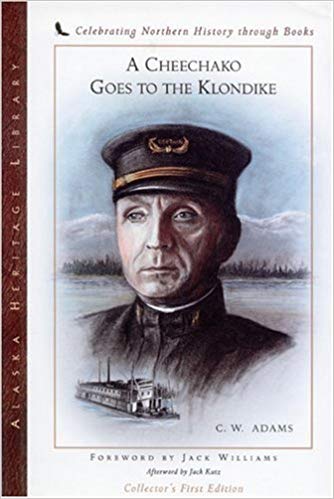 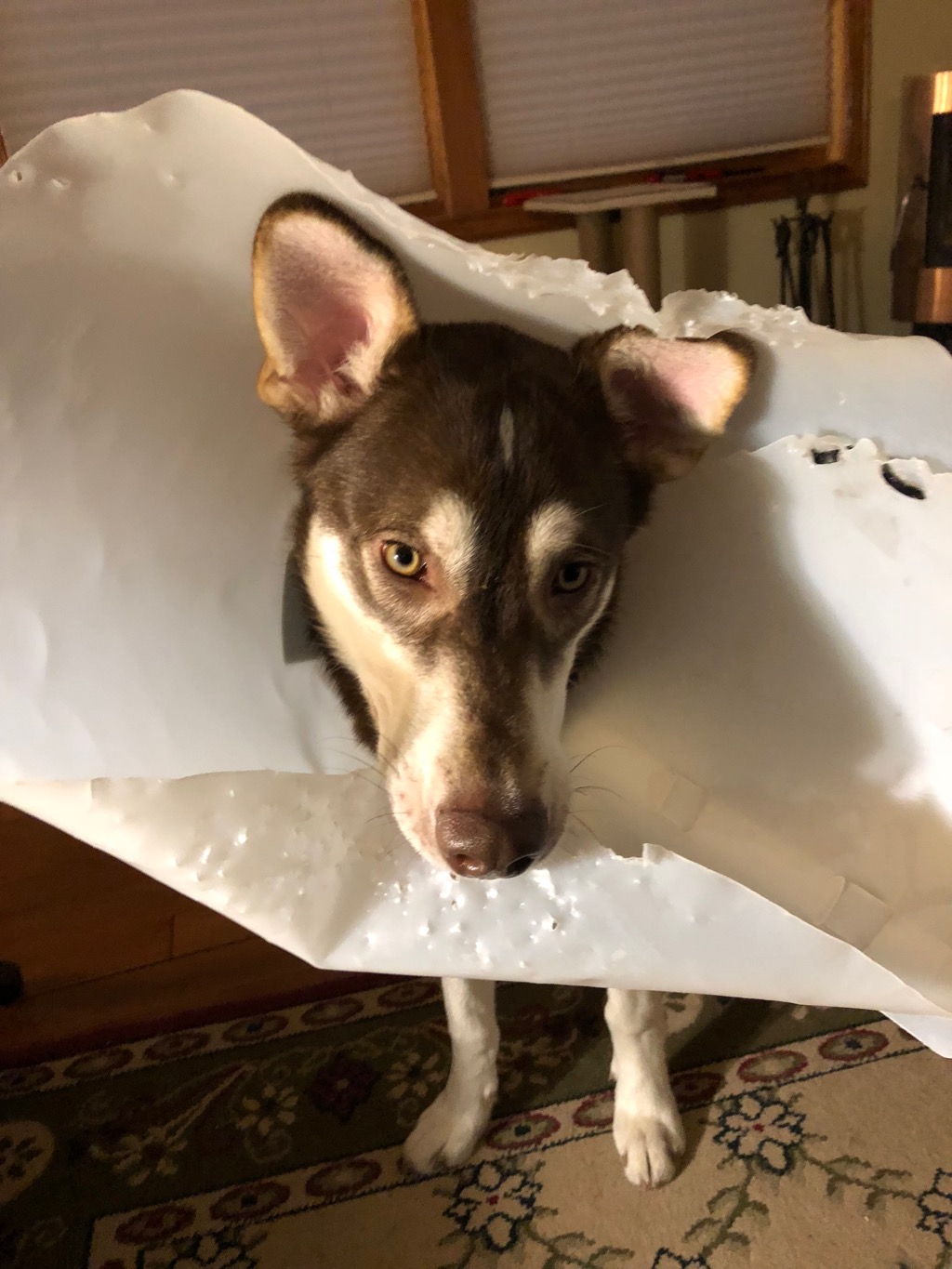 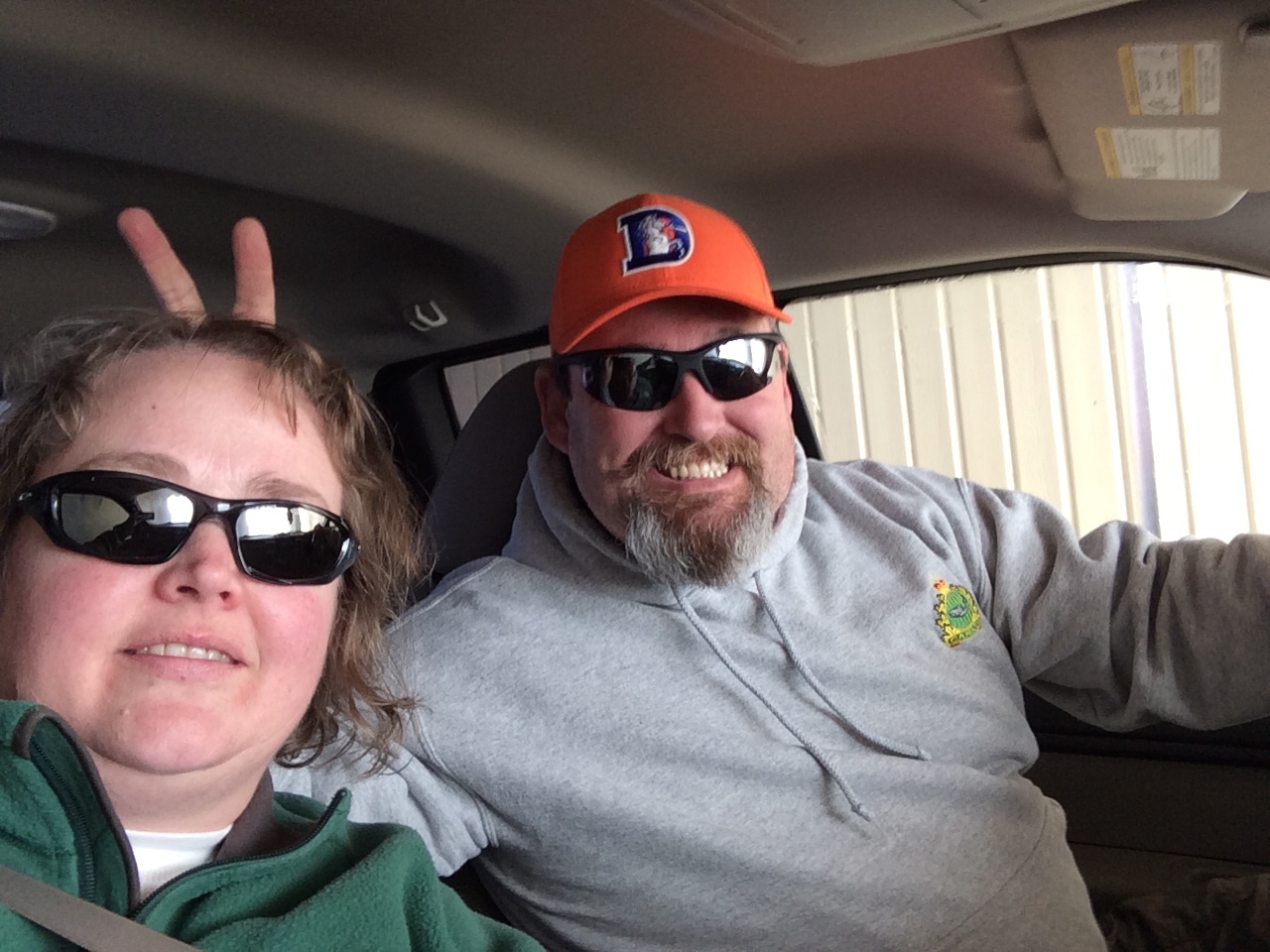