Earlier this summer, we visited the Bear Creek historical compound of the Yukon Consolidated Gold Corporation, just south of town on the Doors Open Dawson day.

Today The Friends of the Klondike Corridor, and Parks Canada,  had another gathering at Bear Creek, inviting everyone to visit. Regular tours of Bear Creek stopped a few years ago, but having the compound so intact is such a gem. They are making a push to see if it would be feasibly possible to reopen the compound to visitors.

Bear Creek received funding this year to stabilize Joe Boyle, “The King of the Klondike”‘s house, and to stabilize the machine shop.

We had already seen the gold room, where the gold was refined, on our last visit. But this time the Machine Shop was open!

What an amazing experience! When the Yukon Consolidated Gold Corporation closed up shop in 1966, any valuable machinery and equipment was sold off. But there is still so much to see in the machine shop, that serviced the company’s fleet of gold mining dredges.

There seems to be no power to the building, or at least the lights were off, so it was really dark. Between my camera’s flash and Lightroom, I’ve tried to brighten some of these so you could share in the experience.

This equipment above is called “The Hammer”. It is a hydraulic press. It was too big and heavy so it wasn’t sold or removed from the site. Its air compressor was removed, but the rest is still there. An interpreter told us the men operating this had to have such precision that they would train with eggs in their shell. They had to lower the press to just crack the egg without crushing it. Wow!

There are tools and supplies everywhere. It feels just like people walked out of work in 1966 and didn’t come back the next day.

Part of what made the visit to the machine shop so amazing was the trust given to us to wander around and not touch anything. There were no barriers, or velvet ropes. No sneeze guards. No security. We were just left to wander around in the dark with the guidance of “don’t touch anything”.  Nothing looks staged or recreated. It looks just like a machine shop that was closed in 1966 should look.

Jeff just shakes his head when I take weird photos that no one else would take, but of course I visited the old bathroom!

Even an empty toilet paper roll is still on the wall.

After the machine shop, we got to go into another building. Another environmentally controlled dry storage building for Dawson City and area artifacts!

This is an old hydraulic barber chair.

There was cake, a fun scavenger hunt (with a gold nugget as the prize!), and Barnacle Bob, one of our towns most talented musicians, played the keyboard piano.

These gigantic beams are used for repairs around the site, and on the restored gold dredge #4.

In the survey we were given, they asked what prices we thought would be fair to charge for different scenarios, so it looks like they are compared self-guided visits to full historical actors, or even just ghost story or poetry reading. I hope we get more opportunities to come back here. I’d love to see inside more of the buildings. Even if it is just a peak in the window!

One Reply to “Another visit to the Bear Creek compound – what a treasure!” 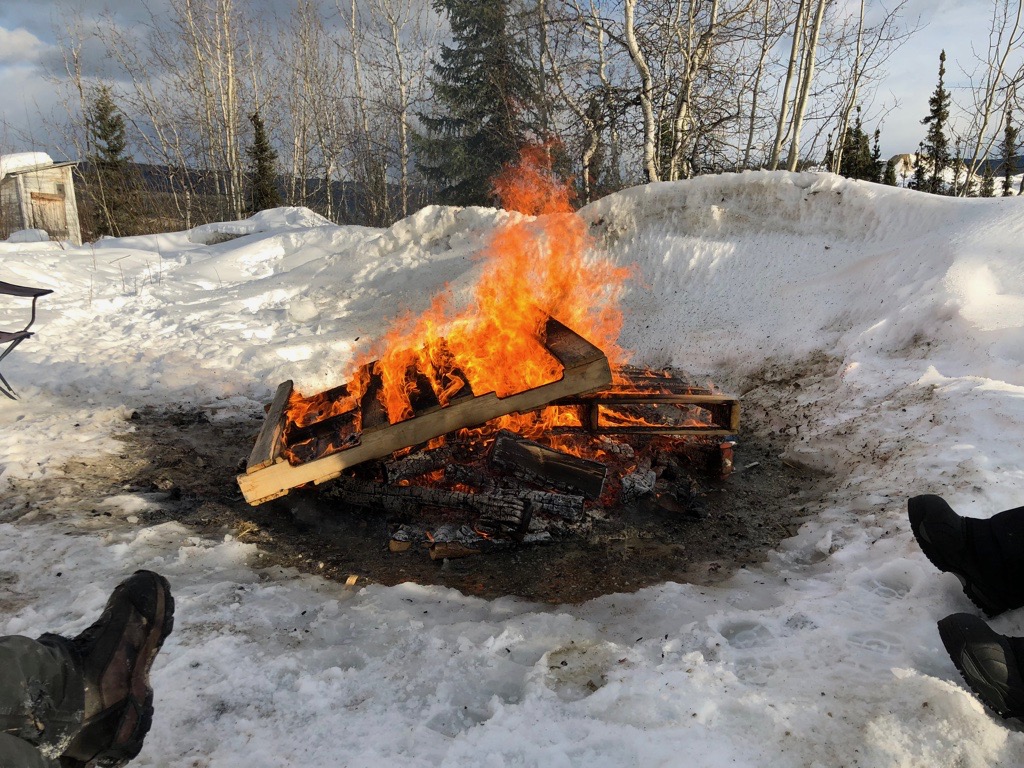