Last Saturday we went up to the Cape George Lighthouse (probably my favourite spot in Nova Scotia) and we saw whales again!

The whales were way out in the water, and while we could see them really clearly with the binoculars, our good new camera had its limits. Here is the best one:

It was a hot muggy day and oddly enough a fog started to roll in!

A lobster fisherman was out checking his traps.

On the way back to town (actually on the way back to Cribbon’s wharf where we had fresh fish and chips) Jeff spotted a kingfisher on the hydro line! I am not familiar with kingfishers at all – in fact I don’t know if I’ve ever consciously seen one. Here it is:

Jeff explained that they will hover above water and dive down for fish. And that is exactly what it did! I couldn’t believe how this bird could hover is one spot, and then it dropped like a boulder into the water! I wasn’t fast enough to take a picture of the large splash but here are a couple of it hovering:

While I was snapping photos of the kingfisher, a heron flew over!

It tried to perch on the top of a tree.

It couldn’t get comfy though, so it settled down on the next tall tree nearby: 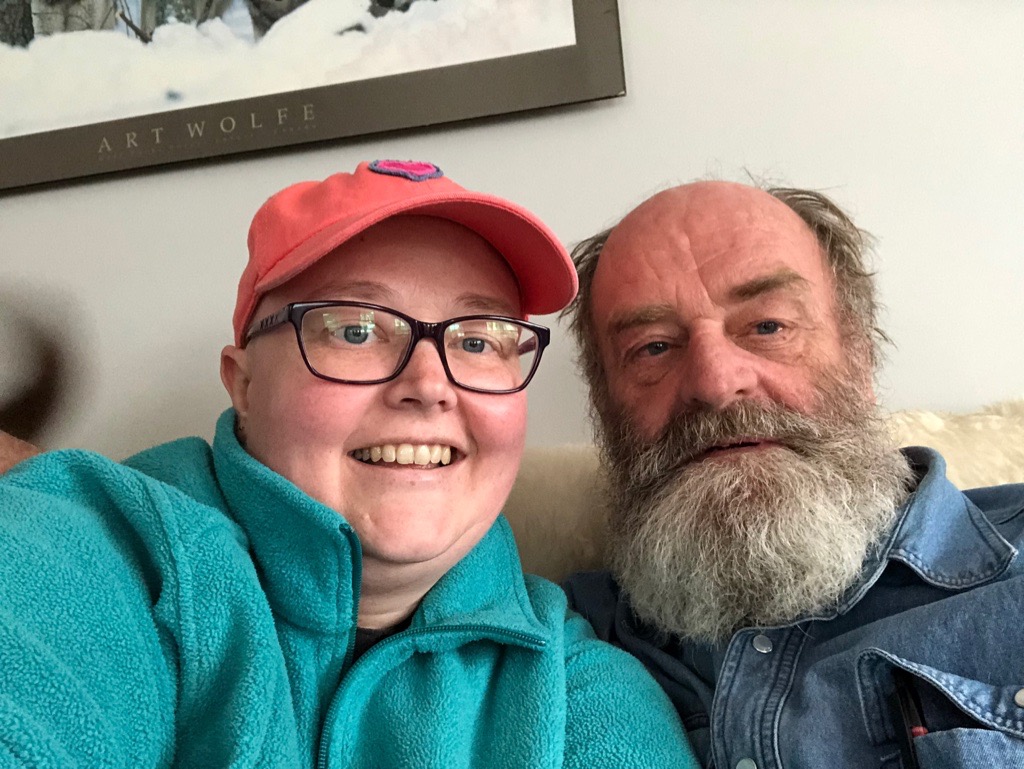